DNA is made up of Nucleotides abbreviated A, T, C and G. They pair A-T and G-C 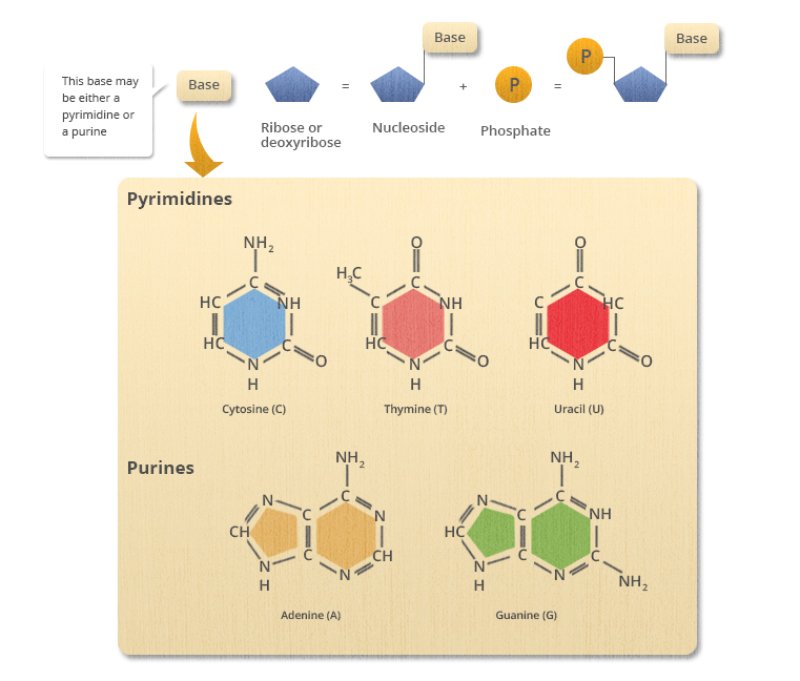 DNA is the hereditary material of all living organisms, including humans. DNA stores information through a code made up of four chemical bases: A (adenine), T (thymine), C (cytosine), and G (guanine), and it is the order (or sequence) of these four bases that determines the information provided by DNA. The information is used as an instruction for building and maintaining all the cells of an organism. Figure 1 illustrates how these four bases are organized. The human genome consists of approximately 3.2 billion base pairs.

There are several types of DNA, including genomic, complementary, mitochondrial, and noncoding DNA. Genomic DNA is the full-length DNA sequence, including coding (exons) and noncoding (introns). All cells in our body will have the same genomic DNA sequence unless there has been a somatic mutation or aberrations that occur during the course of life. Complementary DNA is DNA that is created by reverse transcription RNA; it is usually used in the quantitative PCR method to quantify the level of gene expression. Because complementary DNA is created on the basis of RNA template, it only contains the exons of the gene. DNA present on the mitochondria is also called mitochondrial DNA. In humans, mitochondrial DNA can only be passed on from the mother. Noncoding DNA denotes DNA sequences that do not code for any specific proteins. Humans have a high percentage of noncoding DNA in the genome; in fact, almost 98% of our genome consists of noncoding DNA!