Enzyme kinetics is the study of enzyme mechanisms through determination of reaction rates under varied conditions. The rate of a reaction is dependent on several factors including the concentration of the substrate and the enzyme, temperature, pH and presence of inhibitors. [1] 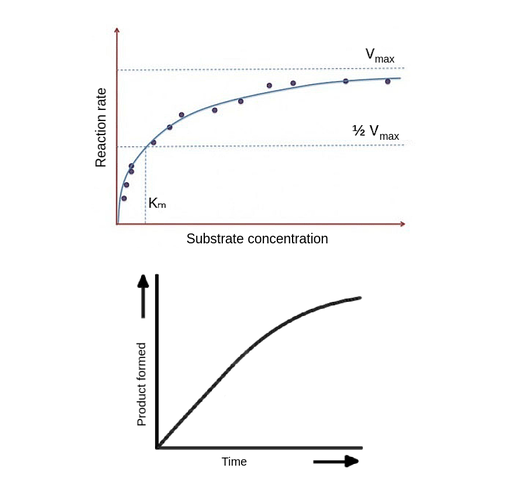 In this case, you will use a simulator to perform the kinetic experiments. This simulator is based on a mathematical model, and it is therefore "perfect", i.e., it does not result in any experimental errors. This is, of course, not how the outcome of an enzyme kinetic assay would work in real life, where such perfect data would not be obtainable.