The Michaelis-Menten model is a simple model of an enzymatic reaction developed by Leonor Michaelis and Maud Menten in 1913. The model is based on the following 2 assumptions: 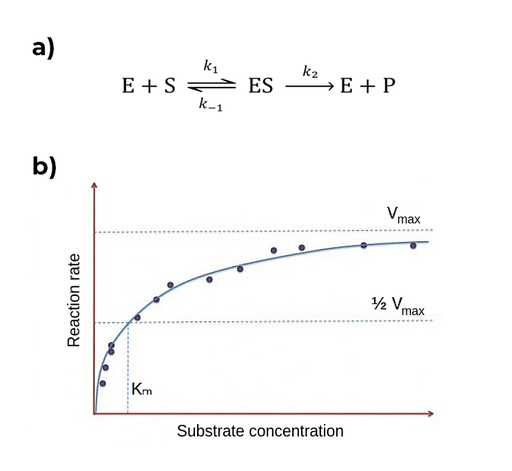 This reaction implies that the rate of formation of products, i.e., the reaction rate, is given by V = k2 • [ES]. When almost all the enzyme is part of the enzyme-substrate complex, the reaction approaches its maximum velocity (Vmax). In the above reaction, k2 is the rate-limiting step, and Vmax can therefore be expressed as [E] • k2. The rate-limiting rate constant is also called kcat, or the turnover number, and in the above reaction, kcat = k2. This means, that Vmax = kcat • [E]. [1]