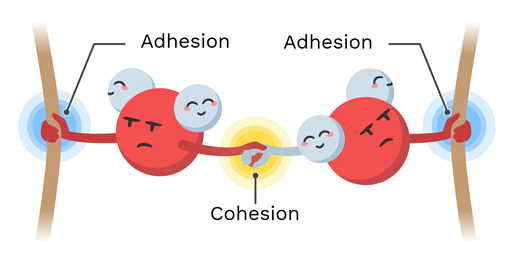 Sometimes, water has an even stronger attraction to other molecules than itself. This is known as adhesion, and occurs with other polar and charged molecules. The principle is the same for cohesion, where water forms hydrogen bonds, but rather than forming hydrogen bonds with water molecules, it forms them with molecules of another kind.