The bronchial tree conveys air from the trachea to the smallest passageways leading to the air sacs, or alveoli, where gas exchange takes place. It is composed of the:

The respiratory system is frequently divided into the:

The structure of the bronchial tree accordingly varies from the proximal end nearest the trachea and the distal end towards the smallest bronchioles and alveoli. As the distance from the trachea increases, the: 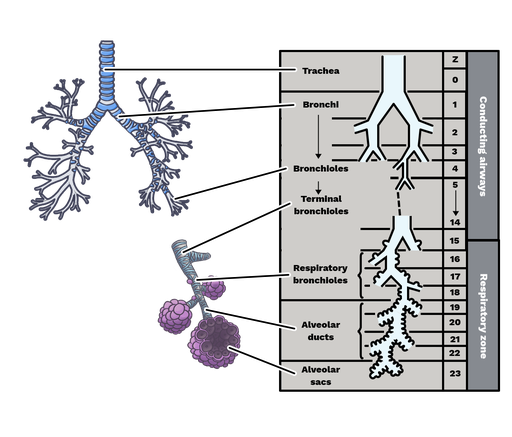 Figure 1: The conducting airways and respiratory zone of the bronchial tree. The left image shows the anatomical structure, while the table on the right is a graphical representation of the branching. The z column indicates the number of generations of branching.