The central dogma of molecular biology is an explanation of the flow of genetic information within a biological system. It refers to the flow of information from deoxyribonucleic acid (DNA) to ribonucleic acid (RNA) and finally into proteins. The DNA to RNA conversion is carried out in a process called transcription. Then, the subsequent RNA sequence will be translated into protein in a process called translation. The process is summarized in figure 1. 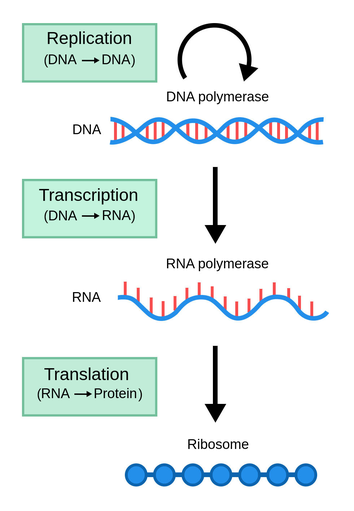 There are some exceptions to this dogma which resulted from recent years genomic studies. For example, much of the DNA that does not encode proteins is now known to encode various types of functional RNAs.