The genetic code relates DNA to mRNA and mRNA to the protein. A codon: the three letters of mRNA that encode one amino acid. All possible combinations of the four available base pairs give 64 (43) different codons. With this many possibilities, the codon is redundant but not ambiguous. This means one amino acid can be represented by more than one codon, but a codon can only specify one amino acid. This code specifies the amino acid that will be used to make up a protein. 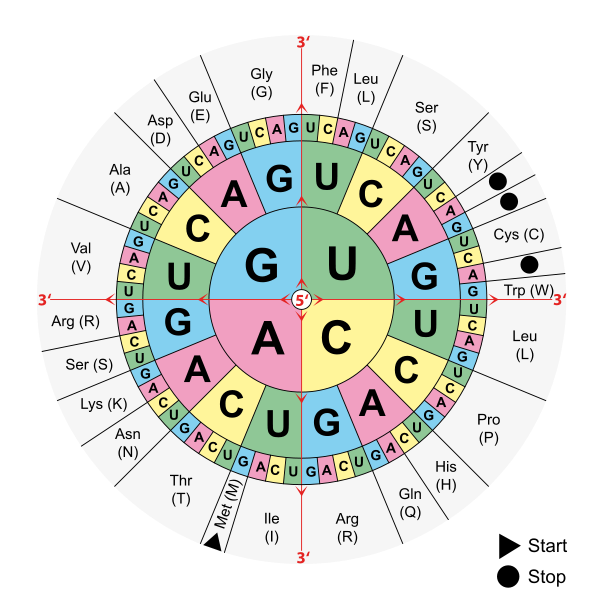 Figure 1: The codons in this figure are mRNA codons, meaning they are complementary and antiparallel to the base sequence in the DNA strand. To read the circular codon table, start from the letter in the center and follow the codon. e.g. UUC is Phe (F).