Complete blood counts (CBCs), also called full blood counts (FBCs), are blood tests usually requested to screen for blood diseases or to confirm a diagnosis. This analysis provides information about the cell count of each blood cell type and the concentration of specific blood proteins and minerals. Hematology Analyzers are nowadays used to automatically generate the CBC of a patient's blood. The following values are typically obtained by a CBC:

Depending on the value, different units are used (see example CBC report in Figure 1). Certain diseases are characterized by an increase or decrease in the number of blood cells. To facilitate interpretation of the result, references ranges are given behind every value and abnormally high and low values are specifically indicated (e.g. with an H or L). 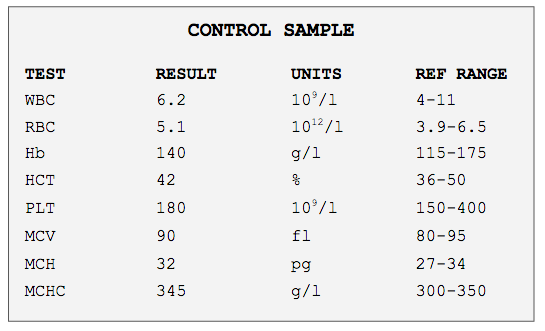