The Coriolis effect is a major component in explaining why winds in areas of high-pressure blow westward and low-pressure areas blow eastward in the northern hemisphere, and vice versa in the southern hemisphere. 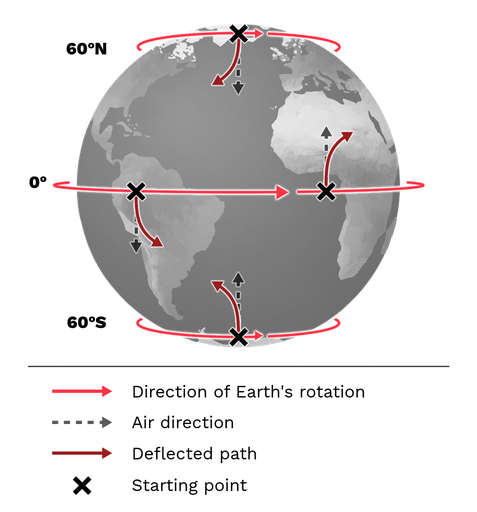