Coulomb’s experiment is designed to measure the electrostatic force between two charged spheres. The experiment was first performed by Charles-Augustin de Coulomb in 1785 using a torsion balance. Since then, there have been multiple visions of the experiment. Here we present a simplified version that doesn’t require prior knowledge of trigonometry.

The experimental setup consists of:

The experiment follows these steps: 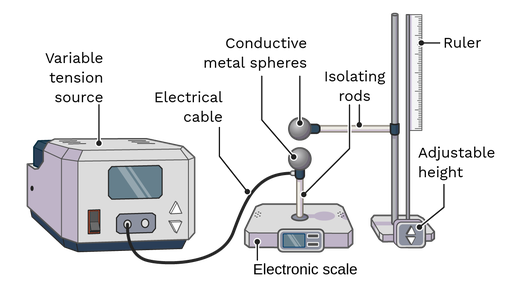 Figure: Possible setup for the variation of Coulomb's experiment described above.