Coulomb’s law is the law that determines the electrostatic force between two charged particles.

Here, |q1| and |q2| are the amount of the electrical charge of the particles (taken as positive numbers), r is the distance between them, and k is a constant of proportionality. This equation determines only the strength of the force and not its direction.

Due to more advanced principles of electromagnetism, Coulomb's law can be applied to spheres of charge (not only particles) if distances are measured from their centers (not their surfaces). 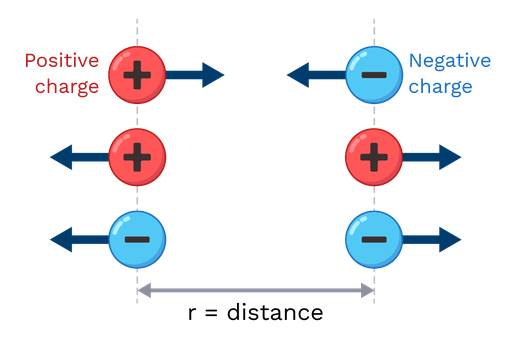 Figure: Charges of opposite signs attract, while charges of the same sign repel.