If the two bonding atoms have different electronegativities it results in the electron pair not being shared equally between the two atoms. If the difference in electronegativity is greater than 0.4 on the Pauling scale the bond is said to be polar. If the difference is greater than 1.7 the bond is considered to be mainly ionic. It is not a sharp divide though, but a matter of the bond being predominantly ionic when above 1.7. 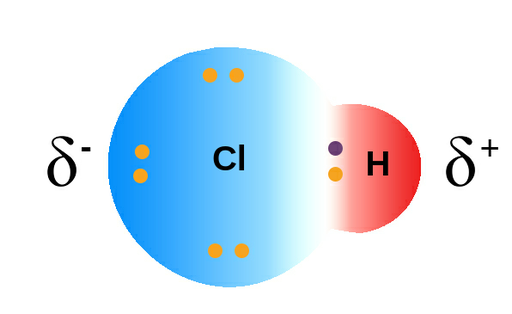 Figure 1 Polar covalent bond between chlorine and hydrogen. The distribution of electron density in the HCl molecule is uneven. Symbols δ+ and δ– indicate the polarity of the H–Cl bond.

The covalent bond between the atoms can be a σ (sigma) bond or a π (pi) bond, depending on the hybridization of the bonding orbitals.