Diamagnetic anisotropy is an effect caused by the pi electrons inducing their own magnetic field when placed under an external magnetic field.

The pi electrons aren't held as tightly together and so behave differently to sigma electrons. 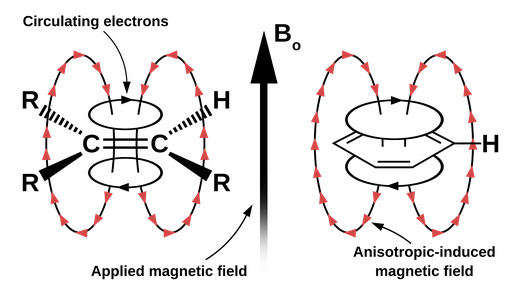 This is why in carbon to carbon double bonds we will see varying chemical shifts for both carbons.