The ductus deferens, also known as the vas deferens, is a muscular duct that propels sperm from the epididymis to the ejaculatory duct at the time of ejaculation.

The ductus deferens is an extension of the same muscular duct that makes up the body and tail of the epididymis. It travels from the epididymis out of the scrotum as part of the spermatic cord, through the inguinal region or groin region to the urinary bladder. It then travels down the posterior surface of the bladder where it terminates as a wider distal region called the ampulla. The ampulla merges with a seminal vesicle to form the ejaculatory duct. 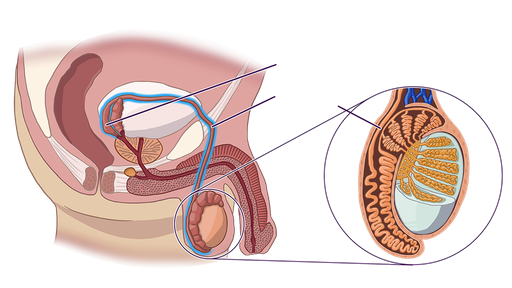