Charge comes in two different varieties that, by convention, we call positive charge and negative charge. We refer to the type of charge that a particle has as the sign of its charge. Protons and electrons have opposite signs of charge. Also by convention, we say that the charge of the proton is positive, and the charge of the electron is negative.

Particles with charge affect one another through electromagnetic forces like the electrostatic force.

The unit of charge in the SI is the Coulomb (C). However, a Coulomb is a very big amount of charge. In most everyday situations, we will deal with nanocoulombs (nC), that is, a billionth of a Coulomb. 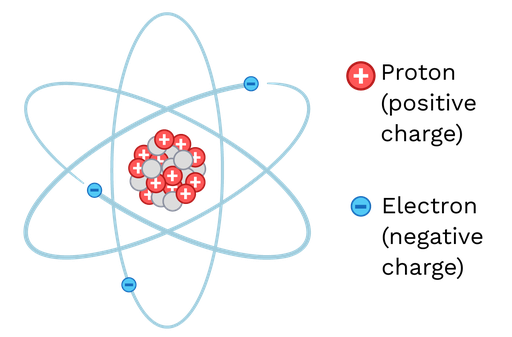 Figure: Charged particles in the atom.