It is an ideal model organism because it is small, inexpensive, its genome is sequenced, it is well studied and easy to propagate (short generation periods).

Under normal conditions, males only account for around 0.1% of the population which is caused by nondisjunction of X chromosomes. However, under certain stress situations such as food scarcity or heat, this rate is higher. 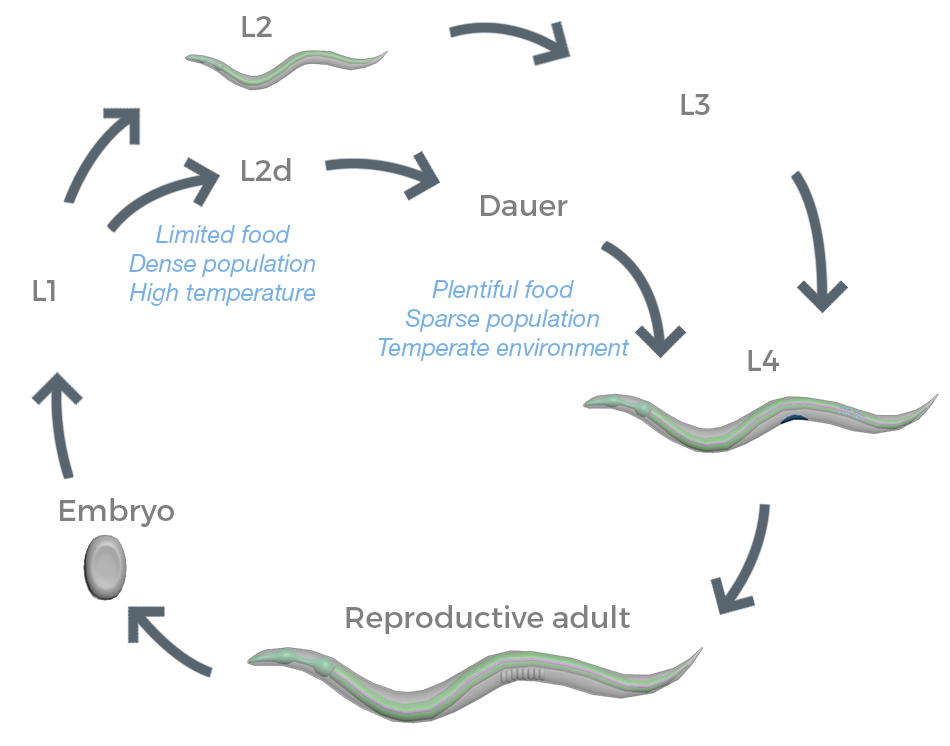 After hatching, the worms go through four larval stages (L1-L4) before becoming adults. Completing one cycle takes approximately 36h. Under unfavorable conditions (overcrowding, insufficient food, or heat stress), L2 worms may enter the dauer stage (L2d) where the development is paused until the conditions improve.