The eccentricity, e, can be calculated using the formula: e = f/d, where f is the distance between the foci of the ellipse, and d is the ellipse’s major axis length. 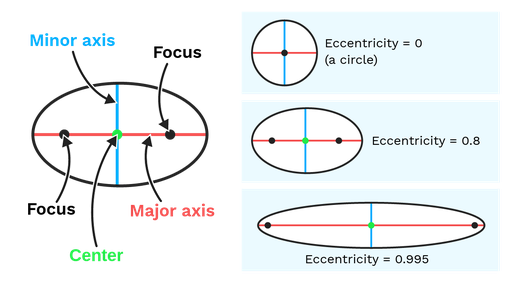 Figure: On the left, parts of an ellipse. To the right, ellipses of different eccentricities.