The cell is the basic biological unit of all known living organisms (Figure 1). All cells consist of a cytoplasm contained within a cell membrane, sometimes called the plasma membrane. Beyond this, however, they can differ significantly, with major differences between prokaryotic (bacteria and archaea) and eukaryotic (plants, animals, and fungi) cells, in their structure and in the organelles they contain. Even cells within an organism can differ greatly facilitating all the different physiological functions required for life. 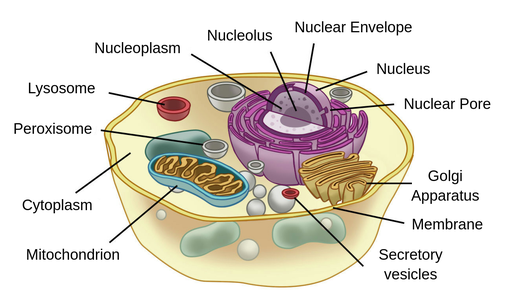 Animal cells differ massively in size, appearance and function but some factors are conserved. All cells are comprised of a cytoplasm surrounded by a cell membrane. Most cells also contain a nucleus which contains a complete copy of an individual's DNA as well as other structures such as the energy-producing mitochondria and protein-producing rough endoplasmic reticulum.