The number of protons and neutrons inside a nucleus is represented by nuclide notation (see figure 1 for an example).

The element symbol shows the element's name (for example He is helium). An element will always have the same number of protons, so the atomic number is sometimes omitted. In this case, we may refer to the nuclide 32He as 'helium three'. 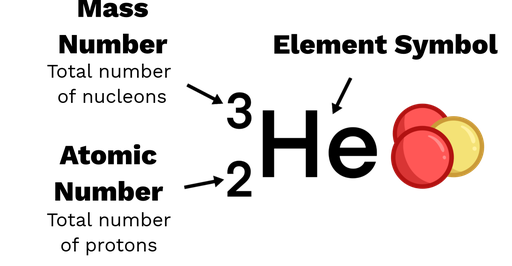