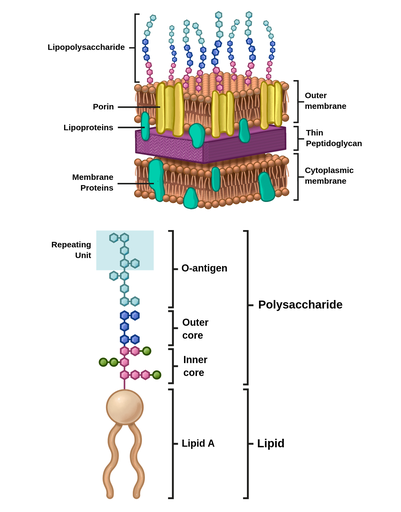 Cytoplasmic membrane: Surrounds the cytoplasm of Gram-positive and Gram-negative bacteria and regulates the passage of molecules in and out of the bacteria. It is similar to the one found in the mammalian cell membrane and consists mainly of proteins and lipids. Peptidoglycan: The peptidoglycan of the Gram-negative cell wall is a thin (5-10 nm) mesh of repeating subunits containing sugars and amino acids.

The Periplasmic space: lies between the outer membrane and the cytoplasmic membrane. It consists of a gel-like matrix containing a wide variety of proteins that are important for various cell functions.