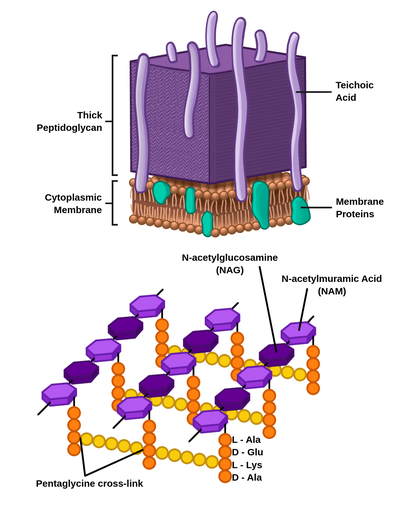 Cytoplasmic membrane: Surrounds the cytoplasm of both Gram-positive and Gram-negative bacteria.
It is similar to the one found in the mammalian cell membrane and consists mainly of proteins and lipids. It regulates the passage of molecules in and out of the bacteria.