Chick embryos are staged according to a series that is known as the Hamilton and Hamburger series. Each stage has been characterized and timed and is completely recognizable. 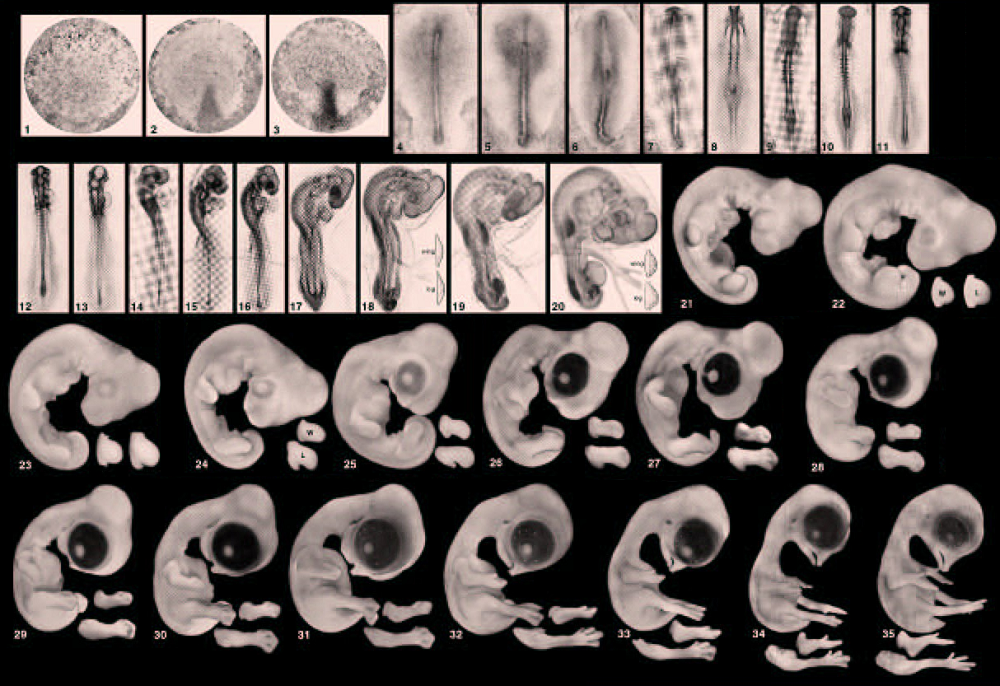 Figure: Hamburger and Hamilton described 46 distinct stages of the chicken embryo in "A series of normal stages in the development of the chick embryo". Journal of Morphology. 88 (1): 49–92.