Hybridization refers to the process of mating two individuals from different breeds which are genetically distinct.

Mating of two purebred parents that express different traits for only one characteristic is called a monohybrid cross. The example below shows a cross between two pea plants with yellow and green seeds respectively: 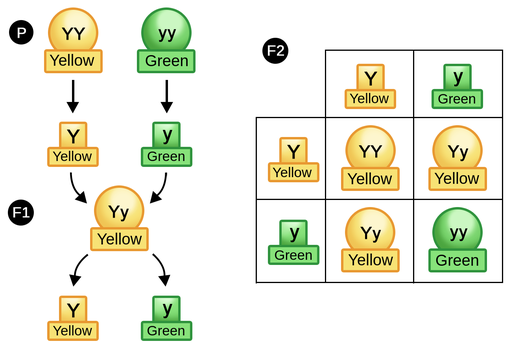 All seeds of the first (F1) generation have yellow phenotypes, because the yellow seed color is dominant over the green seed color. In the second generation (F2) the ratio between yellow and green seeds becomes 3:1 as depicted in the Punnet square.