It is commonly used to separate charged biological molecules such as proteins, peptides, amino acids, or nucleotides. For instance, the amino acids in the proteins contain both positively and negatively charged chemical groups. Proteins may carry a net positive or negative charge or even no charge depending on the pH of their environment.

Depending on the net charge of the molecules to be separated, the stationary phase should be selected accordingly. Also, since samples are mixtures of different compounds with different charges, a buffer gradient is normally used to elute each different compound separately (Figure 1). 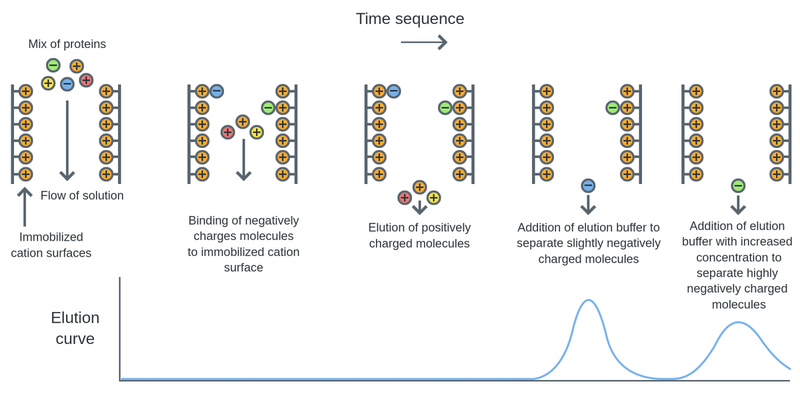