Kepler’s first law of planetary motion describes the shape of the planets’ orbits around the Sun. It is also called the law of ellipses. It states that:

The planets move in elliptical orbits with the Sun at one focus. 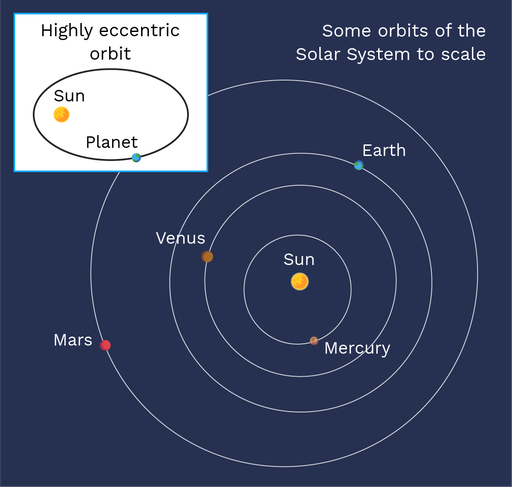 Figure: An image of the orbits of the inner planets of the Solar System to scale. For comparison, an additional orbit of high eccentricity is shown.