Lewis structures are visual representations of chemical structures, which you can see an example of below. Lewis structures show us how elements can bond and guide us on how the resulting compounds might react with other compounds.

A lewis structure must represent all valence electrons of each element. Two electrons are usually represented as a single straight line if they are bonding electrons. If the electrons are non-bonding, we draw them as two paired dots (lone pair).

Since lewis structures show us the valency, they indicate if an element can covalently bind with any more elements or if its coordination sphere is saturated.

For example, from its electron configuration, we know that the valency of carbon is four. So, we can see from the lewis structure of carbon tetrachloride that carbon’s coordination sphere is saturated. Unsurprisingly, this helps to explain why it is a very stable compound. 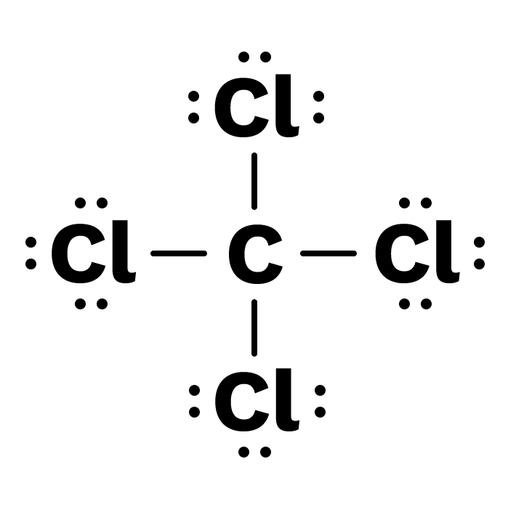 Not only do Lewis structures inform us about the valency, but they also hint at the 3D geometry of the compound.