Ocean acidification is the process by which carbon dioxide is dissolved in the ocean. When carbon dioxide mixes with water and carbonate ions, which are naturally present in seas and oceans, a series of chemical reactions occur. These reactions produce two bicarbonate ions per molecule of CO2. The increase in bicarbonate ions lowers the pH of seawater, making it more acidic. This can unbalance the current ecosystem, causing a spread of invasive algae and potentially leading to the destruction of coral reefs.

Moreover, the chemical reaction consumes precious carbonate ions, which are the main component of the shells of several organisms, such as some planktons, oysters, mussels and more. The death of these species could leave many fish without a stable food source, and possibly damage the current food chain. 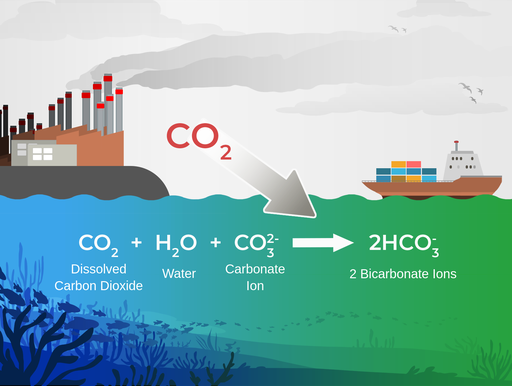 Figure 1: The ocean absorbs carbon dioxide from the atmosphere and forms 2 bicarbonate ions through a series of reactions.