The pleurae are serous membranes that surround the lungs. Serous membranes are thin membranous encasements that form a double layer. In the case of the pleurae, each lung is separately surrounded by the visceral pleura. The visceral pleura is the glossy outside of the lung. At the hilum, the visceral pleura meets the parietal pleura which lines the rib cage, diaphragm and mediastinum. Both serous membranes produce a small amount of serous fluid that collects in the pleural cavity between them. While this space is known as a cavity, the two membranes are in fact almost touching, as the serous fluid also causes the lungs to adhere to the inside of the rib cage which is necessary for normal breathing. The serous fluid also reduces friction between the outside of the lungs and the inner surface of the rib cage as the lungs expand and contract. 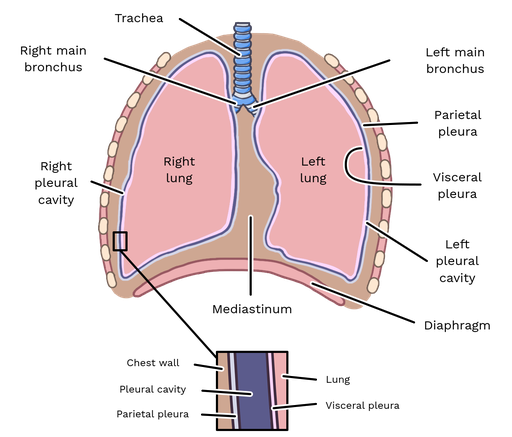 Figure 1: The pleurae of the lungs and a zoomed-in view of the pleural cavity and pleural membranes.