Proteins fold in their functional 3D shape due to different types of interactions (Figure 1), which are related to their structure: 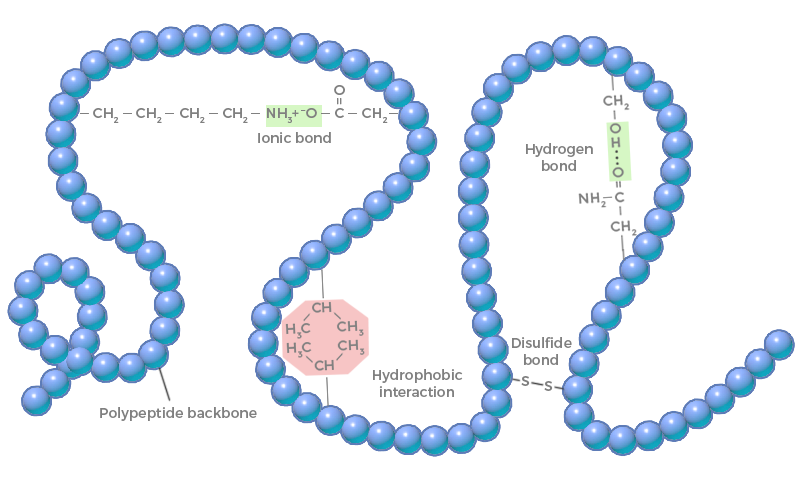