The ribosome is the site of which translation occurs. Ribosomes have a large and small subunit, each constructed from ribosome RNA (rRNA) and protein. Protein synthesis happens as a result of collaboration between tRNA, mRNA and the ribosome. The tRNA traverse along three sites of the ribosome in the order: A, P, and E. 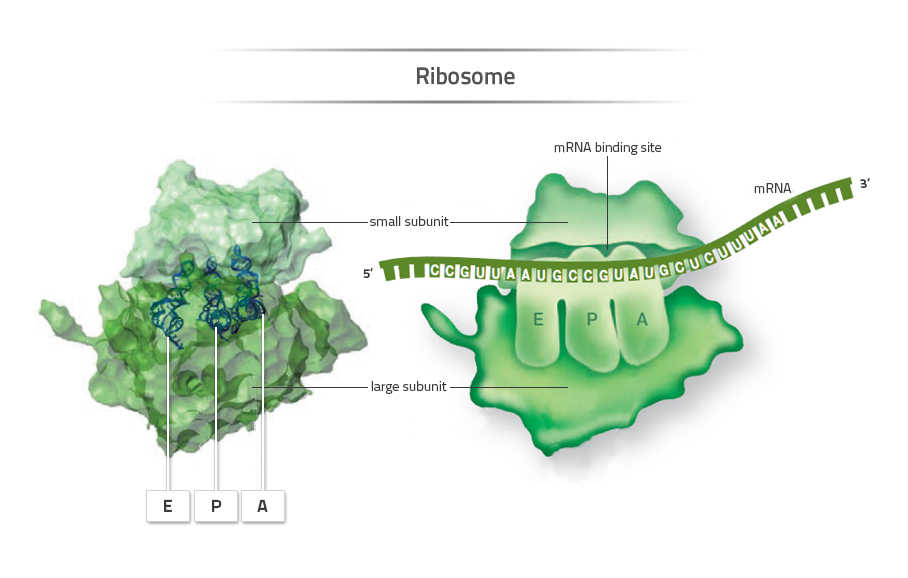