The scientific method is a framework used to accurately describe the world.

Humans have always strived to explain natural phenomena. Historically, explanations of the natural world have been provided by legends and myths. For example, the lack of rain during an El Niño year was accredited to angry gods who demanded offerings.

The scientific method can be visualized by the following flow chart. 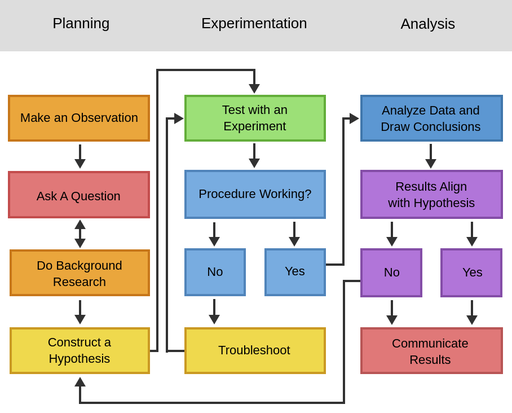 Note that not all of these steps take place in every scientific inquiry and the order of the steps may be different in certain cases.