Solar power is an important application of the photoelectric effect. The solar cells that make up solar panels use the photoelectric effect to convert light energy from the Sun into electrical current that we can use to power our devices. This is much like how plants have used photosynthesis to harness the power of the Sun for hundreds of millions of years.

Solar cells are made from a special type of material called a semiconductor. These are more conductive than insulators (for example plastics) but less conductive than conductors (for example metals). Solar cells typically use silicon semiconductors mixed with other elements like boron and phosphorus. Layers of this material are arranged so that electrons can only flow one way.

When the electrons in a solar cell are struck by ultra-violet photons from the Sun, they are not ejected from the semiconductor material but instead become free to move and are directed into a conductive wire. This flow of electrons is current.

To produce as much current as possible, we want to maximize the surface area of solar cells exposed to photons from the Sun. We do this by connecting many solar cells to form a solar panel that we then orient to directly face the Sun. We can increase the current even further by increasing the number of solar panels.

Most solar panels are stationary and must be oriented to face the Sun directly at noon, when it is at its highest point in the sky, ensuring maximum exposure throughout the rest of the day. However, some solar panels are built with solar trackers: mechanisms that actively rotate them, ensuring that they are always directly facing the Sun at any time of day. The leaves of a plant move in a very similar way. 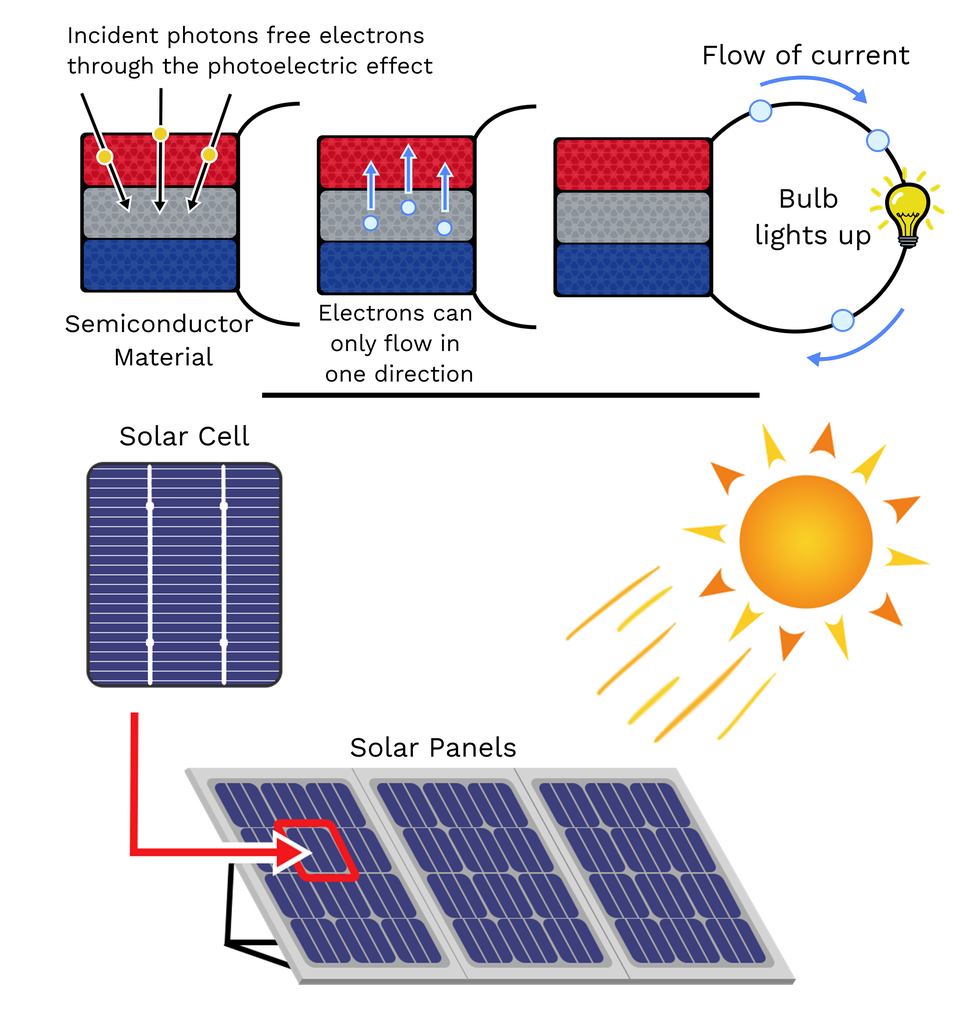