Spreading refers to a method of distributing microorganisms evenly over the surface of an agar plate. A small volume of microbial culture is spread evenly over the agar surface using a sterile spreader.

There are many different techniques for spreading. Some techniques use sterile glass beads that can be rolled over the agar surface to distribute cells. Often specialized tools called spreaders are used. The image below shows a disposable plastic spreader and a reusable metal spreader. 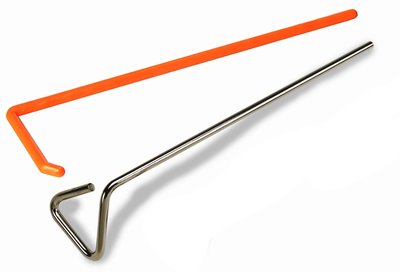 The following is an overview of the spreading procedure using a reusable glass spreader:

It is important to pick a single colony to isolate pure genetic clones. A colony is a group of cells that originated from the same source; therefore, all the cells in a single colony contain identical genetic information.