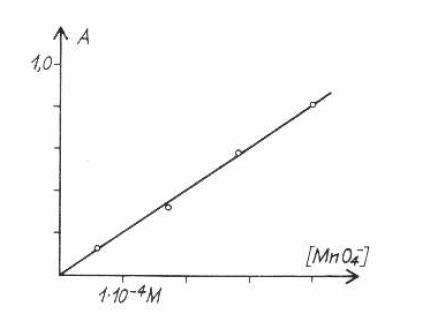 The measured absorbance concentration can now be read on the standard curve.

In FIA, not just one concentration and thus one absorbance measurement, is obtained. Rather, as the caffeine sample passes through the mixing coil, some of the same type of molecules will move faster than others. Therefore, it is necessary to find the area under the peaks corresponding to the number of absorbance measurements in a short time. This area will therefore be equal to the total absorbance and thus the total amount of caffeine in the sample.