Structural isomers are compounds that share the same molecular formula but have different arrangements of the atoms. There are several subgroups of structural isomerism. In chain isomers the carbon backbone of the compound is rearranged, but still contains the same number of carbon and hydrogen atoms. 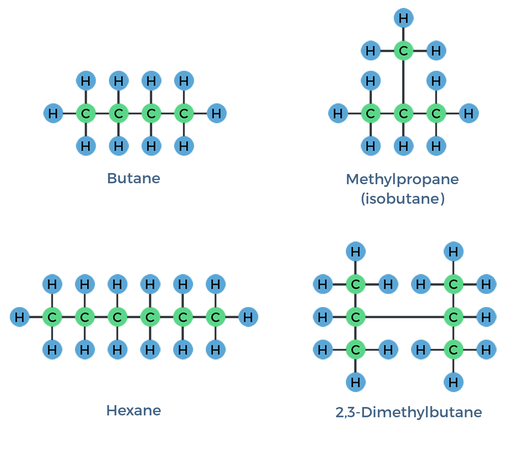 Branched hydrocarbons are sometimes named based on the prefix they would be assigned if all carbons were in a single chain. E.g. methyl-propane, which has four carbons, often also go by the name isobutane, where iso- denotes that it’s a structural isomer of butane, which can only be methyl-propane.