A DNA molecule is composed of two long strands, each of which is made of building blocks called nucleotides bonded together.

Every nucleotide is made of three components: a phosphate group, a deoxyribose sugar, and a nitrogen-containing base. Nucleotides are all identical except for their base. DNA has four different bases, known as adenine, thymine, cytosine, and guanine. Bases are often referred to by the letters A, T, C, and G. 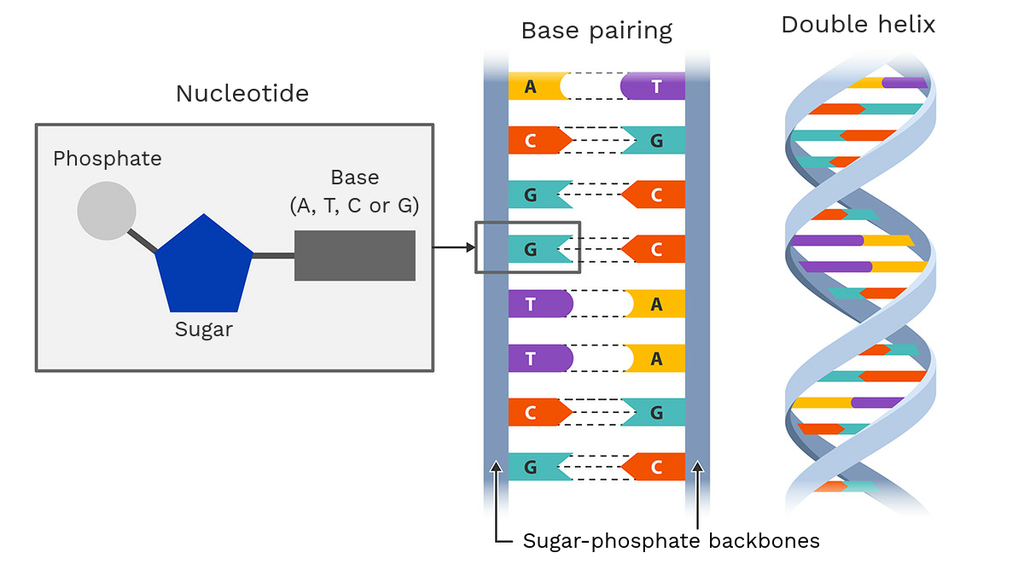 The Structure of DNA

The two strands in DNA are held together by hydrogen bonding between the bases. DNA bases always pair in the same way: A with T and C with G.

The double-stranded molecule is twisted into a double helix shape resembling a twisted ladder. Opposite strands run antiparallel to each other, meaning that they run in opposite directions. This ensures that the strands fit tightly together.