Vector maps contain all the information that you need to know in order to used a plasmid as a molecular tool. 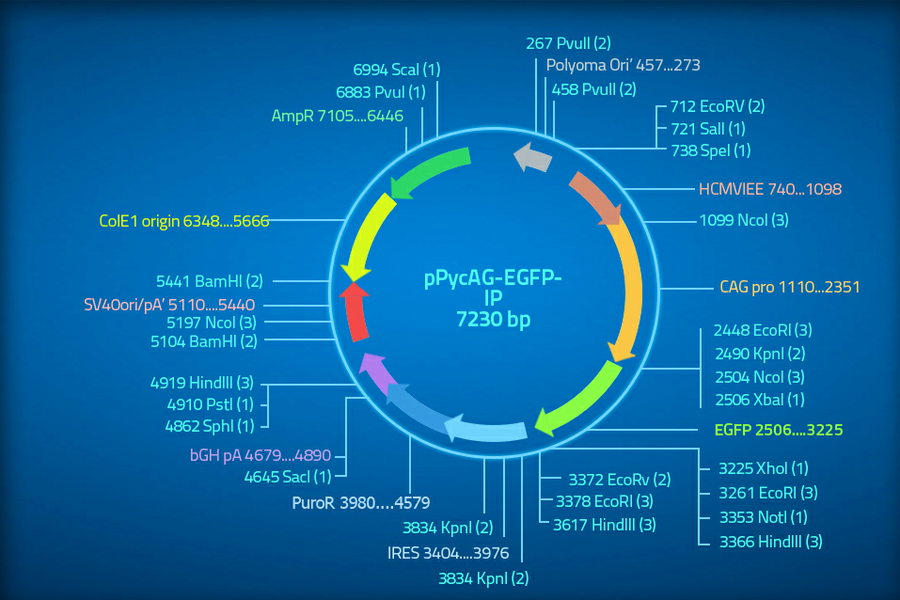 Figure: Example of a vector map

The distance to the zero point can be used to make precise predictions about the size of DNA fragments. If you use restriction enzymes to cut a plasmid in two positions, you can determine the length of the resulting fragment with the positions of the restriction sites.