There are many different processes which connect the water stores of the water cycle. Read more about each of these processes below. 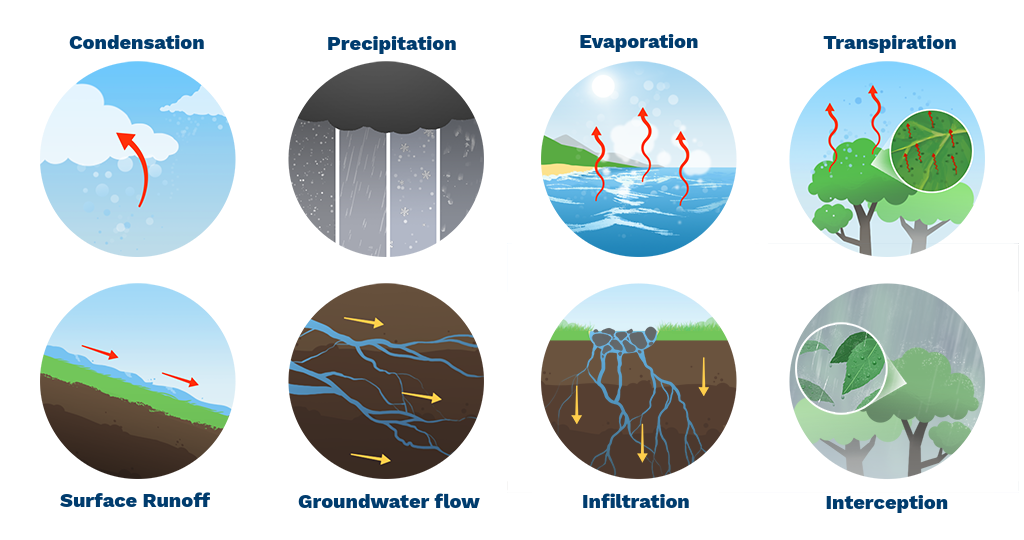 Figure 1: Water cycles through the environment via these processes.

Evaporation
Evaporation occurs when the sun’s radiation heats up the Earth’s surface, causing liquid water to become water vapor (gas). Most water is evaporated from the oceans, but some of this water precipitates over land and contributes to freshwater stores.

Transpiration
Transpiration is the movement of water through plants. Plants uptake water from the soil via their roots. It travels up the xylem and through the veins to be dispersed throughout the plant. Water exits via stomata (small pores in the leaves) and evaporates from the leaf surface.

Condensation
As water vapor in the atmosphere rises it begins to cool. This causes the water vapor to condense into water droplets and forms clouds.

Precipitation
Water droplets in the atmosphere fall to the Earth’s surface in a process known as precipitation. Precipitation includes rain, hail, snow, sleet and mist.

Infiltration
Some of the water which precipitates over land is absorbed into, or infiltrates, the soil. This is known as infiltration.

Interception
During precipitation some water does not directly reach the soil, and is instead intercepted by things such as trees, leaves and rocks. This intercepted water either evaporates or slowly falls to the soil.

Surface Runoff
Precipitation which is not intercepted or able to infiltrate the soil flows over the surface, from high to low areas, usually into streams or rivers. This is known as surface runoff.