A water molecule has an uneven distribution of charge, this is because oxygen has a stronger attraction or pull on electrons than hydrogen. You can think of this like a game of tug of war, where oxygen is much stronger at pulling the electron in the bond closer to it than hydrogen. The tendency for an atom to attract shared electrons is known as electronegativity. As oxygen has a stronger attraction to shared electrons, it is more electronegative. 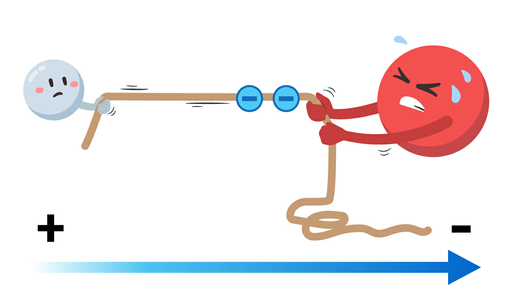